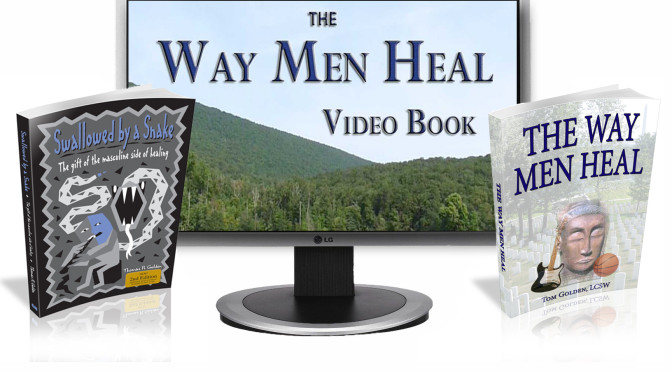 Tom has written two books on the topic of men and healing. The first, Swallowed by a Snake: The Gift of the Masculine Side of Healing serves as a map for men. In it’s second edition it has been a favorite of both grieving men and women for many years. Praised by and others the book offers a convincing argument for sex differences in the way we heal. Drawing on Anthropological research and clinical observation the book uses stories to tell the tale.

The Way Men Heal is a concise ebook that updates the Snake book with the latest information on sex differences in healing. The book includes examples of , and others to show the many ways that men heal from loss. This update connects the dots on the biological connections that the first book started. It goes into the impact of pre-natal testosterone and other physical differences that every man and boys should know about in order to understand their unique ways to heal. 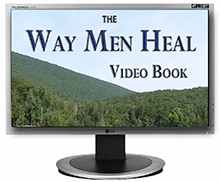 The Way Men Heal is Tom’s new web site that houses many hours of videos on the topic of healing from loss and the masculine side.  the site features a group of videos specifically about the way men heal. This group is named the video book” due to its offering very similar material to what can be found in Tom’s newest Ebook The Way Men Heal.  Some of these videos have been taken from an international online class Tom taught on grief.  To get a sense of what you might find there you can check out an excerpt here. Join the site here.

“I find this material interesting and stimulating and feel it will fill a void in the literature about grief and gender differences. The material presents a fresh look into the uniqueness of a man’s grief in a way that both men and women will find extremely helpful.”
“Swallowed by a Snake is a much-needed contribution to the existing literature about coping with loss. Tom Golden’s skillful blend of folklore, cross-cultural analysis, and clinical advice will help both men and women understand the specific context and needs of grieving men. The path through grief is often a dark and lonely one; Tom’s work will serve as compassionate and insightful beacons to many.”
“In Swallowed by a Snake, grief therapist Thomas R. Golden compares the grieving process to finding oneself in the belly of an immense beast. What does one do there? His answer is: one must actively find new ways to live. Golden identifies a bias in contemporary psychotherapy toward feminine healing methods which revolve around intimacy and relationship. He respectfully suggests that there are significant differences between the processes of men’s and women’s healing, and proposes different healing strategies for men based on action and ritual. Drawing on findings of the mythopoetic men’s movement and grief-work in indigenous cultures such as the Dagara of West Africa and the Yolngu of Australia, Swallowed by a Snake makes a strong and original case for “healing through action” and fills a gap in contemporary discussions of men’s grief.

Reviewed by Ally Press in their publication Dragonsmoke”

“Michael Jordan’s father was tragically murdered near a North Carolina Highway in 1993. What did Jordan do to facilitate his love for his father and his healing?”
“Clapton was sent reeling into what he calls a “waking nightmare” by the sudden death of his son. Read about the action Clapton took in healing. Yes, Tears in Heaven is a part of this but not nearly the whole story”
“C.S. Lewis responded to his wife’s death by writing the now famous book “A Grief Observed.” How did Lewis’s writing help his healing? “
“The Video Book offers 14 videos totaling a play time of over 130 minutes. It offers an in depth look into the workings of the masculine side of healing.