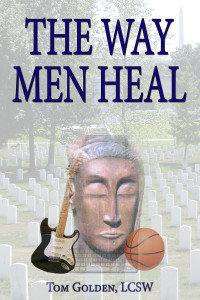 Sometimes the action that helps the man to tell his story and to help connect him with his loss is a very practical matter. One of the most common is when the man uses his work as a means to tell his story. That’s what Michael Jordan did.

In August of 1993 Michael Jordan’s father was tragically murdered in rural North Carolina. Two months later Jordan announced to the world that he was leaving basketball. In another two months he announced he was going to make a huge switch and play professional baseball. People were shocked and saddened that Jordan would leave basketball and the thought of him playing pro baseball was even harder to fathom. Why would he do such a thing? What we now know is that Jordan’s father James, had always wanted him to be a professional baseball player. Before his death he had urged Jordan to drop basketball and move to baseball. Now just four months after his father’s death Jordan was announcing that he would be playing pro baseball. It seems clear that Jordan was following the masculine path of honoring through action. He may not have gone to a support group to “tell his story” but instead told his story through the actions he took. Jordan was close to his father as a child and as an adult. It seems clear that a part of his grief for his father was connected to his honoring of his father and his father’s wishes for him to play professional baseball. Michael Jordan offers us a beautiful example of how the mature masculine deals with the difficulties of a powerful grief: We honor.

Jordan was clear. He was there for his father, to honor his father’s wishes, to honor his father’s love for him and to honor their time together. It is through the honoring that his story is told. Not unlike someone going to a support group and relating their story but Jordan did it through his actions. Actions that honored his father. I can imagine him standing at the plate waiting for the pitch to come and having a conversation with his father in his head.

Jordan’s actions to honor his father were practical; in essence he was dedicating his work in honor of his father. This is grief.  Mature masculine grief. There are numerous other types of practical healing actions; lets have a look at just a few.

Grief is all too often blind to time. It is rarely a linear process and tends not to chime on the hour. Rather than being predictable and “healed” the grief tends to orbit around us. The old idea of grief being “healed” is presently seen as being very limited in its accuracy. Here’s an example of why that might be. Think of a person who had their arm amputated. We would all have a great deal of compassion for such a traumatic and life changing loss. Now imagine approaching this person a year or two after the amputation and asking them “Are you over that yet?” The question can easily be seen as being absurd. You don’t get over an arm being amputated. It’s something you learn to live with. It is something that demands you live your life differently and also demands that you transform from the person you were to a new person who relates to the world in a much different manner. That is often the way of grief.

Much of the confusion about grief comes from its being associated with the medical model which assumes that healing has a beginning and then an end. You can think of examples like the flu or an abrasion which have an onset, a lifespan, and then they are over. There’s the cut or scratch, it bleeds, it scabs up and then it leaves a scar which fades with time. This is the way it is for issues when we seek medical treatment and often because of this, medical professionals, psychotherapists included, will think in the linear model and expect a clear beginning and an end to grief. This is frustrating for those who are bereaved because they are all too aware that grief is just not that simple. Especially when it comes to time. It can be a powerful force years down the road or it can seem to vanish right after the loss. It’s rarely simple and rarely linear.

Most of us are aware that grief is not really a medical problem. Grief is the normal human reaction to a difficult loss. Keep in mind that the medical model wants to find “the problem” and then get rid of it in order to make us “healthy.” The reality is that if you think in these terms you will be harming those who grieve since they don’t need the grief “removed” they need it “heard.” This is why grief is more often transformed by others who have had a similar experience and can offer compassion from that perspective. They understand the power of telling one’s story and of being acknowledged and heard. This is the power of a support group or a group like the Compassionate Friends who provide a safe place for those having experienced the death of a child or sibling. A safe place to tell their story. Others who have gone through the same loss will be more likely to have compassion and understanding.

A good safe place is hard to find. 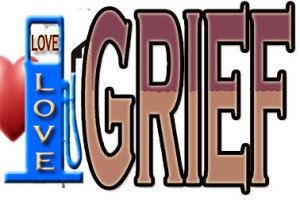 Without love our grief would all but disappear. The essential fuel for grief is love.  Each tear you shed is connected to the love. We can contrast this with our cultural assumption which seems to think of grief as more a nuisance and a meaningless nuisance at that. Oh, how we have that wrong.

I once met a man from the Dagura tribe in Africa. He described his shock and disbelief when he first arrived in the USA, about the lack of open grieving. He couldn’t believe it. His culture sees grief as essential and life giving. In fact they see the tears of the bereaved as fuel for the grieved person to find their way in the afterlife. They would literally try and grieve as much as they could in order to aid their loved one. Imagine his confusion when he came to this country to see the way that grief is ignored and devalued. His tribe, the Dagura, saw the power of grief and also connected the grief with meaning. It meant something to the people of the Dagura to grieve. It was an important task that had meaning. When he came to the US he saw a culture that firmly believed that grief was meaningless! He realized right away that this assumption that grief was meaningless was hurtful and unhealthy. We are truly living in a crazy place.

We can learn from the Dagura. Our grief indeed has meaning, one reason among many is that it is connected to our love. 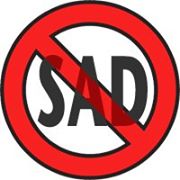 One of the things that makes grief so invisible in our culture is that sadness has a bad name. People think of sadness as something that needs to be hidden, something that others shouldn’t see. It wasn’t always like this. In Chaucers time if you ate and drank “sadly” it meant you did it with gusto! The definition of sadness at that time was “fullness of heart.” You know, that feeling you get in your chest just before the tears come? It’s a certain fullness. What a great definition. In fact, one of the roots of the word sad is sate or satisfy. We have taken sadness and turned it into something that it is not.

With this widespread inclination to hide sadness we who are bereaved are left with an abundance of sadness but very few places to put it. The sad fact is that we are living in a crazy place. Our present day culture passes judgment on the emotion of sadness and this leaves many of us backlogged with grief and so few places to process the contents. This is a huge problem since it is grief that brings us a deeper sense of compassion for others and an often profound increase in maturity. The Persian poet Rumi said it best when he said “Grief is the garden of the heart.” Without grief we are all too often left with a heart that is less than open and understanding. The very thing that brings us depth is what our culture is trying to hide and avoid.

We are truly living in a crazy place.

Webhealing.com has been serving the bereaved on the web since 1995. It is the home of the internet’s first memorial page, the Place to Honor Grief and also sponsors grief forums including forums for the death of a child, the death of a sibling, death of a loved one and others.